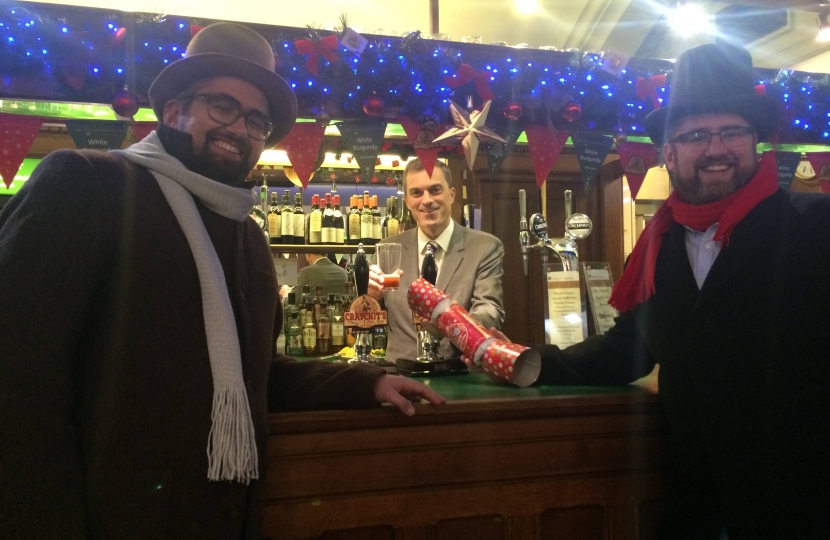 Julian Smith MP welcomed Stephen and Robert Naylor to the MPs’ bar in Parliament on Thursday and joined them for a pint of Cratchit’s Cracker. The brothers own and run Naylor’s Brewery in Cross Hills and this year their beer has been chosen as a festive bitter to go on sale in Strangers’ Bar for all of December. Steve and Rob donned jackets and top hats - in the style of Ebenezer Scrooge and Bob Cratchit from Dickens’ ‘A Christmas Carol’ - as Mr Smith pulled them a pint of their own beer.

Julian Smith MP said: ‘It’s great that Rob, Steve and the rest of the team at the brewery were able to make it down here and see their beer on tap in the Houses of Parliament. I thoroughly enjoyed meeting them all in Strangers’ and talking to them about the brewery, and I wish them every success for the future.’