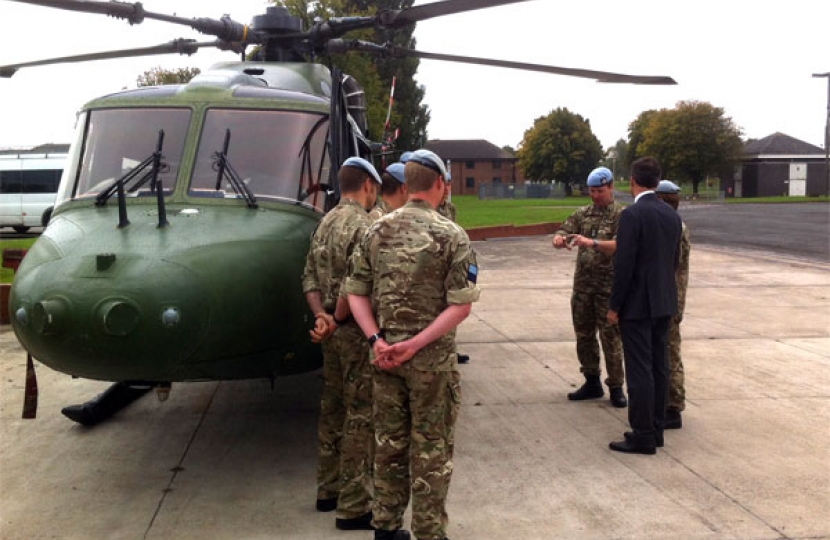 Julian has met with members of 9 Regiment Army Air Corps at Dishforth Airfield.

The MP was welcomed by Commanding Officer Lieutenant Colonel Jeremy Cook and heard about the work being done by the members of the military stationed at the North Yorkshire base.

“The work of the members of 9 Regiment Army Air Corps around the world is hugely important, from supporting our national security to providing aid and support to countries facing challenges around the world.