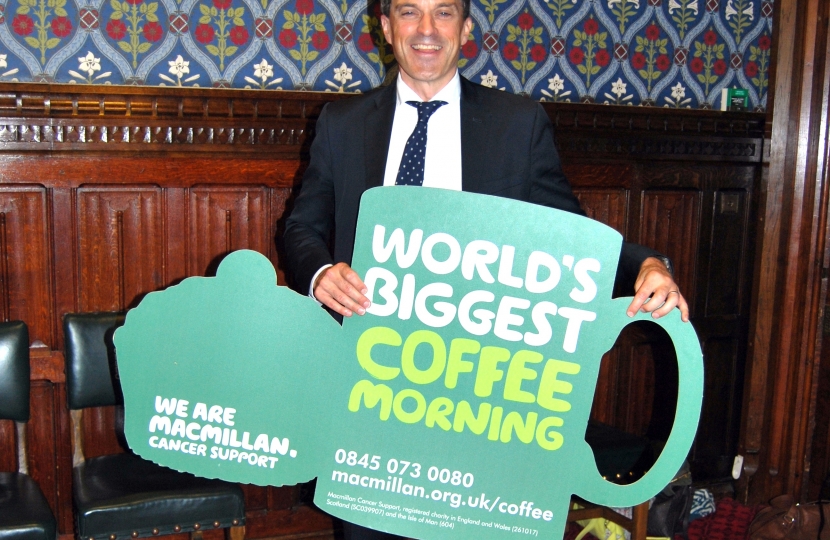 Julian, who was in Westminster for the Recall of Parliament on Friday, joined other MPs for the event which happened in tandem with hundreds of similar events around the country.

“Macmillan Cancer Support’s World’s Biggest Coffee Morning is always an excellent event which raises funds for the important work of the charity and raises awareness of the key role Macmillan plays in supporting those living with cancer.

“I know dozens of Coffee Mornings were held across my constituency and I wanted to show my support by attending the event organised in Westminster due to the Recall of Parliament. Congratulations to all those who organised or attended events and raised money for this important cause.”