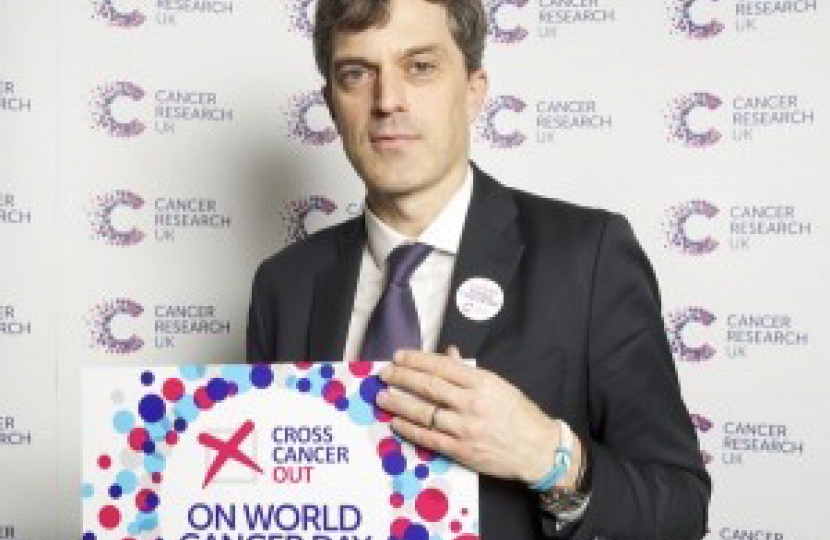 More than three people are diagnosed with cancer every hour across Yorkshire and the Humber, according to figures released by the charity, and the MP heard about the efforts to ensure cancer patients receive the best treatment and an early diagnosis so that treatment can make a difference.

“It is impossible to underestimate the devastating impact that cancer will have on people directly, and through families and friends, now and in the future.

“We need to continue to do all we can to ensure we detect cancer as early as possible so that people have the best chance of surviving and that is why I am supporting the ‘Cross Cancer Out’ campaign – the political drive to beat the disease must match the pace of progress in research.”

Layla Theiner, Head of Public Affairs at Cancer Research UK, said: “The increase in the lifetime risk of getting cancer is primarily because more people are surviving into old age, when the disease is more common.

“We can’t avoid growing older, but we can prevent a crisis in the future by acting now to make our NHS cancer services among the best in the world.”

For more information and ways to get involved in the campaign, visit cruk.org/crosscancerout.

Charities and voluntary groups do hugely important work supporting people and communities across the constituency.