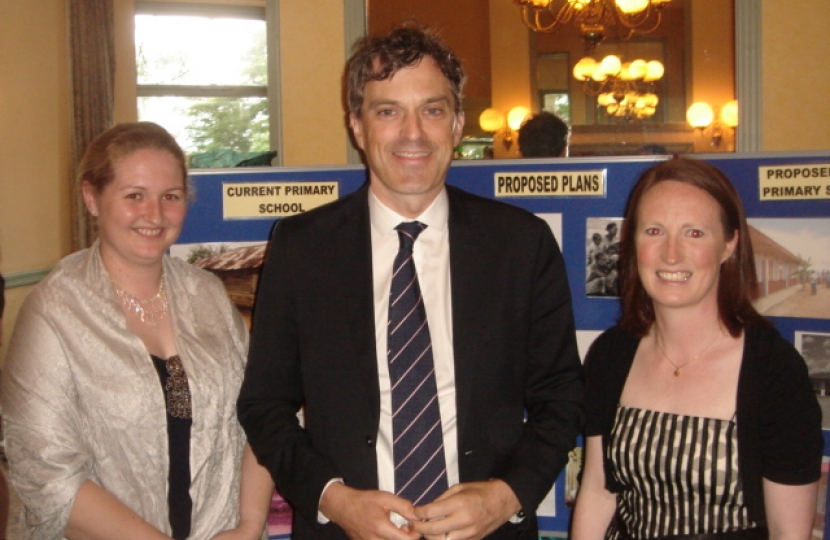 On Saturday 6 June, Julian Smith MP attended the Madagascar Fundraising Ball at the Spa Hotel in Ripon to support Girl Guiding North Yorkshire West which raised an outstanding £2588.34 for the charity TASC Madagascar.

Julian said:  "It was a fantastic evening and I was glad to be able to support both the Girl Guides and a charity that is making such a difference to people in Madagascar.  Many congratulations to Gemma, Rachel and the many other of Girl Guides who organised it!"

TASC Madagascar are a small charity that was formed 10 years ago and some of their projects have included the rebuilding of a TB hospital for 100 patients, reforestation projects, the refurbishment of dormitories in an orphanage amongst many others.  The Girlguiding members first went out to Madagascar in 2010, returning in 2013 and plan to go back in 2016.  In these visits, they have taken part in various projects in conjunction with TASC including the refurbishment of a hospital for people with mental health conditions, the painting of a local canteen and meeting the Malagasy Guides and Scouts.

This proceeds of the fundraising ball will go towards the rebuilding of a primary school in a village in Madagascar.  There are plans to build six classrooms for 350 children.  For more information about this worthwhile charity – check out their website at www.tascmadagascar.org.