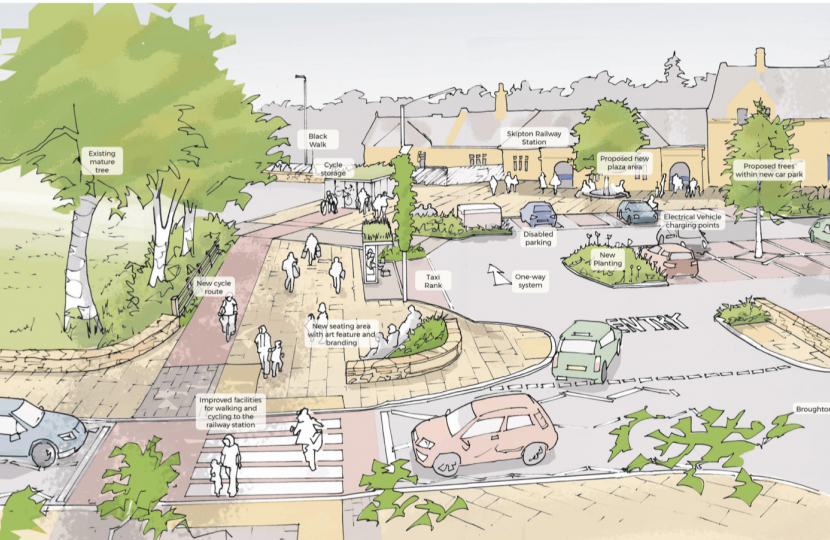 Skipton Station Gateway has been awarded £5.8 million in funding and has put forward a number of exciting proposals that have been designed to improve public spaces alongside walking, cycling and buses access. The proposals also include increasing the accessibility of education and employment sites.

Recently a public consultation for the proposals was opened and has now closed.

The Transforming Cities Fund is a £2.45 billion capital grant transport fund aimed at driving up productivity through investments in public and sustainable transport infrastructure in some of England’s largest city regions.

Julian said ‘Skipton Railway Station is an important gateway into the town and wider Leeds City Centre, this exciting project will enhance the existing space and increase accessibility. Thank you to everyone who took part in the public consultation, I very much look forward to seeing the completed projects’.

The three projects are scheduled to be completed by 2023.