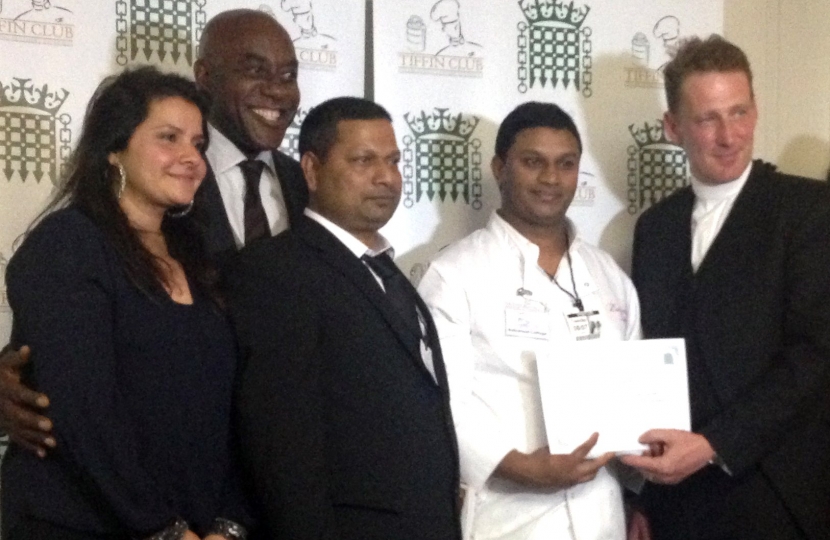 A Craven restaurant has been named one of the best South Asian restaurants in the country in this year’s Tiffin Cup competition in Parliament.

Bollywood Cottage, in Gargrave, was the Yorkshire finalist in the awards after being nominated by Julian Smith MP to represent his constituency.

In the finals, held last week in Parliament, the restaurant came fifth out of 13 finalists and received an award presented by the Serjeant at Arms.

“I am delighted that Bollywood Cottage have been recognised by this prestigious competition as being one of the country’s best South Asian restaurants.

“It is a tribute to all the team involved in the restaurant in Gargrave who have put in years of work to build their strong reputation.

“To come fifth out of almost 100 entries from across the UK is a great achievement and I hope encourages more people from across the constituency and the country to sample the food on offer at Bollywood Cottage in the weeks and months ahead.”