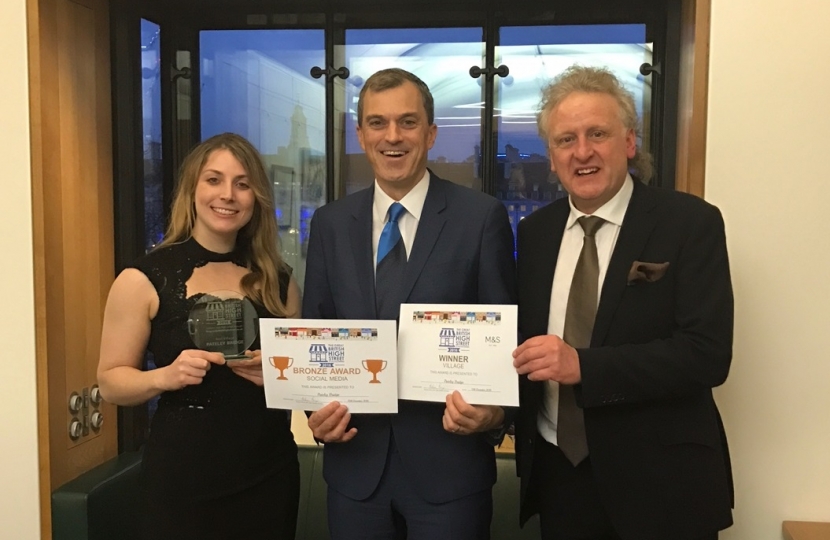 Julian Smith MP welcomed Keith Tordoff and Kirsty Shepherd from the Nidderdale Chamber of Trade to Parliament on Monday. Keith and Kirsty had been in Westminster to attend the Great British High Street Awards ceremony, where Pateley Bridge was handed the top spot in the village category. The team behind Pateley Bridge’s success also received the Social Media Bronze Award.

Julian Smith MP said: ‘It was great to see Keith and Kirsty just after they had been to the Great British High Street Awards ceremony and I want to congratulate Pateley Bridge for coming first in the village category! Over the past weeks I’ve seen the huge amount of hard work that went into putting the village’s campaign together and especially in organising the judges’ visit. I’m so pleased that the village’s efforts have been recognised in this way.’