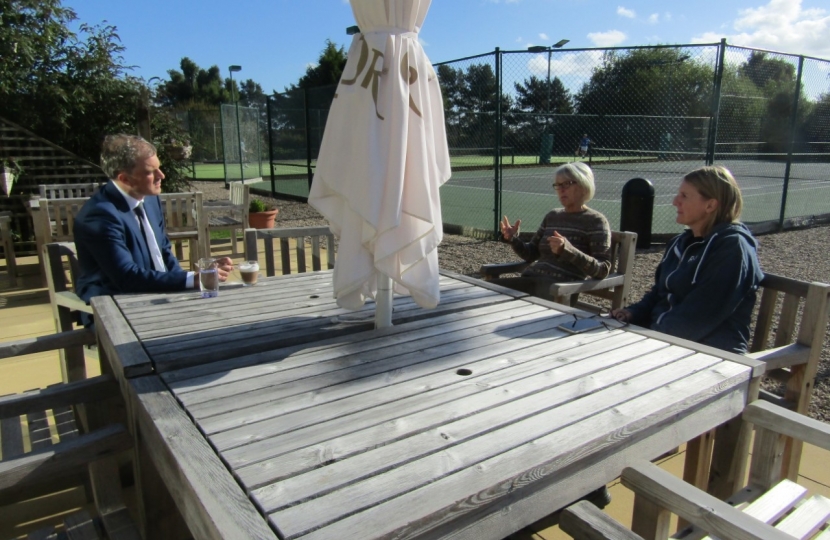 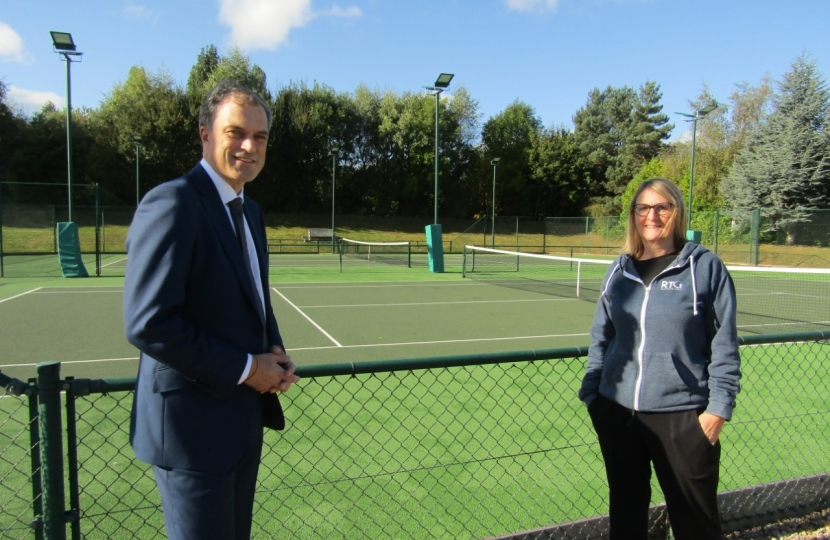 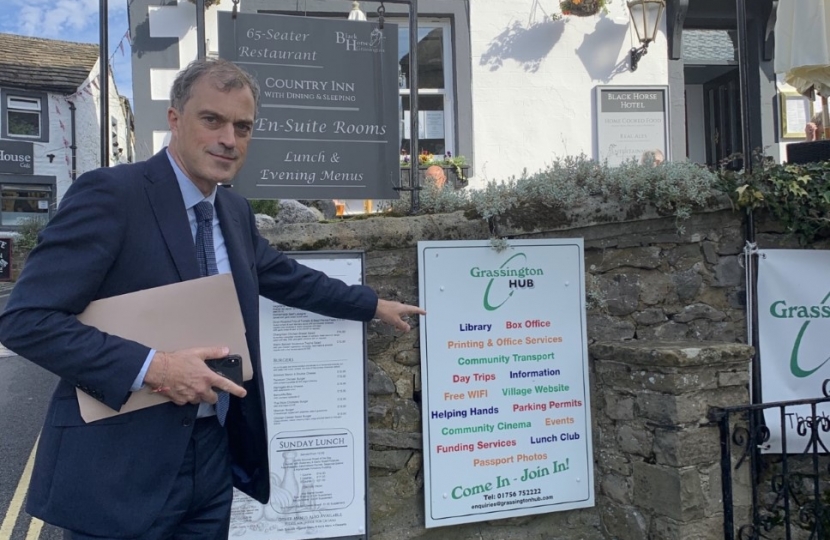 At the beginning of the month, it was Libraries Week. Pictured is Julian outside the Grassington Hub which is a volunteer led community hub that provides a wide range of services to residents, local businesses, and visitors to the area.

Diane and Carol explained about the Centre’s latest project in which they are planning to build two Padel courts to enhance their present facilities. Padel is a racquet sport, a form of tennis, which is easy to play and suitable for all ages and abilities. At the time of Julian's visit, the centre was fundraising to build two Padel courts and, later in October, they successfully raised over £30,000 through crowdfunding.

Julian said, 'I was very impressed with Ripon Tennis Centre's facilities, after a summer which has seen the emergence of a new tennis star Emma Raducanu. I hope our local centre will also help inspire, encourage and foster the talent of the next generation of tennis stars whilst allowing people to have fun and build relationships in the local community. I look forward to seeing the Centre’s latest project develop further'.

Julian continues to hold surgeries on a regular basis to book an appointment please email the Office, including the details of the matters you wish to raise.