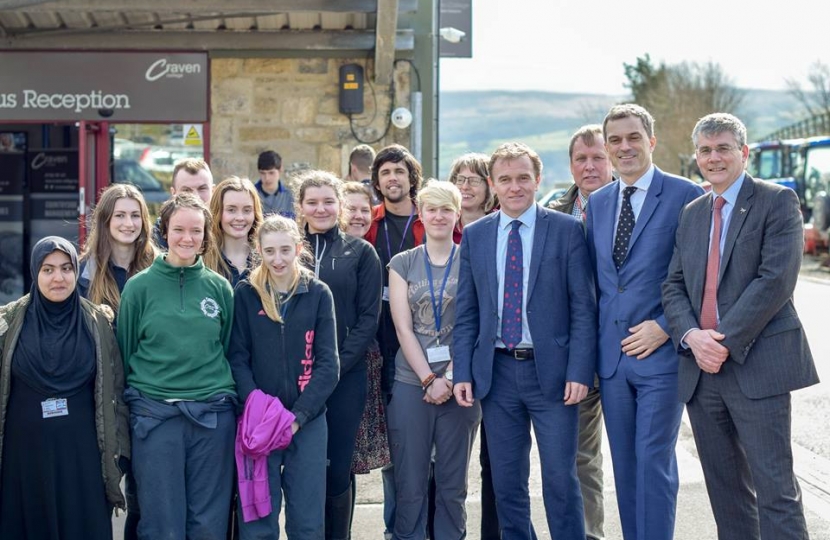 Julian Smith MP visited Craven College’s Auction Mart Campus with the Farming Minister, George Eustice MP. This was following a discussion event earlier that day at the auction mart around the future of the agricultural sector in the UK.

Julian Smith and George Eustice were welcomed at the college’s Auction Mart Campus by Principal Robert Bellfield and had the chance to speak with some of the students there. The campus focuses on agricultural courses such as dry stone walling, horticulture and animal care.

Julian Smith MP said: ‘It was a pleasure to be able to introduce the Farming Minister to Robert Bellfield and his students at Craven College. The students were able to tell George about their plans for the future and how they tie in with their studies at the auction mart campus.’