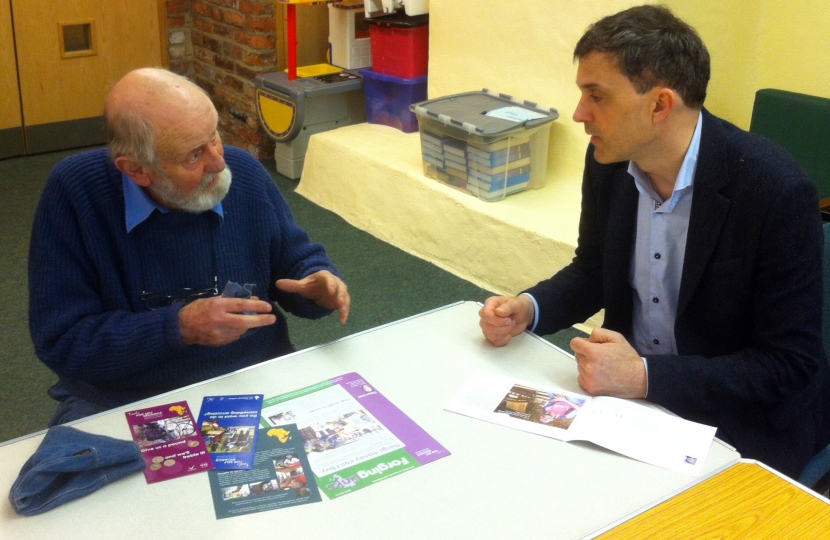 Julian has met with a Ripon man who has cleaned and restored thousands of unwanted tools which are then used in developing countries.

Mark Henshaw, who is in his late 70s, supports the charity Tools for Self Reliance by collecting unwanted tools that are deposited at the Dallamires Lane recycling centre. He then restores them in his shed before sending them to the charity who distribute them across Africa.

He’s now asking for more support for the organisation so that his work can be continued in the future.

“I pay tribute to Mark and his hard work restoring tools which are then put to hugely important use in the developing world. Mark’s commitment and dedication in wanting to ensure people continue his support of the charity in the future is something I am happy to support. I’d encourage anyone who can offer space for people to work, tools to restore or time to help work on them to get in touch with Mark or the charity.”

More information can be found on the Tools for Self Reliance website at www.tfsr.org.