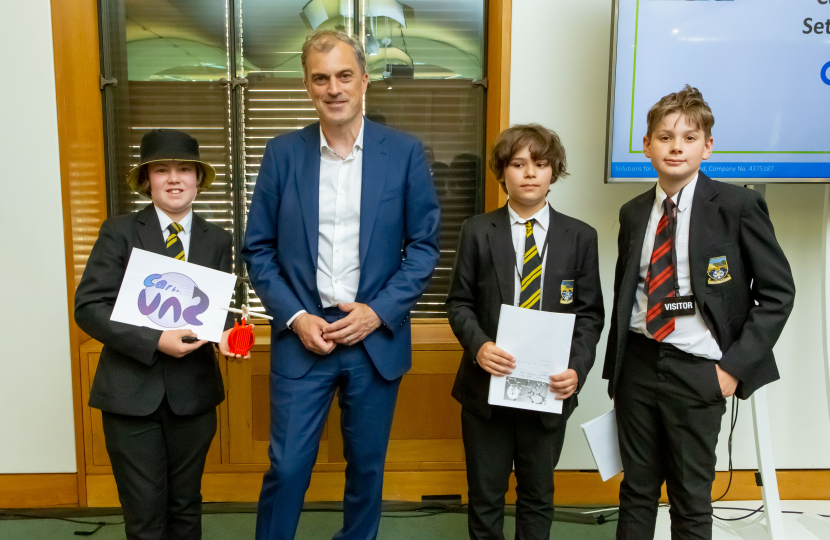 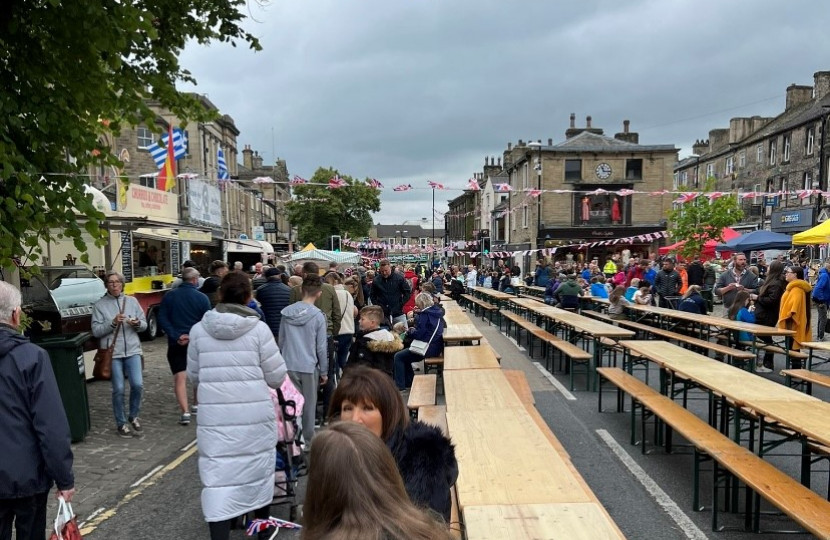 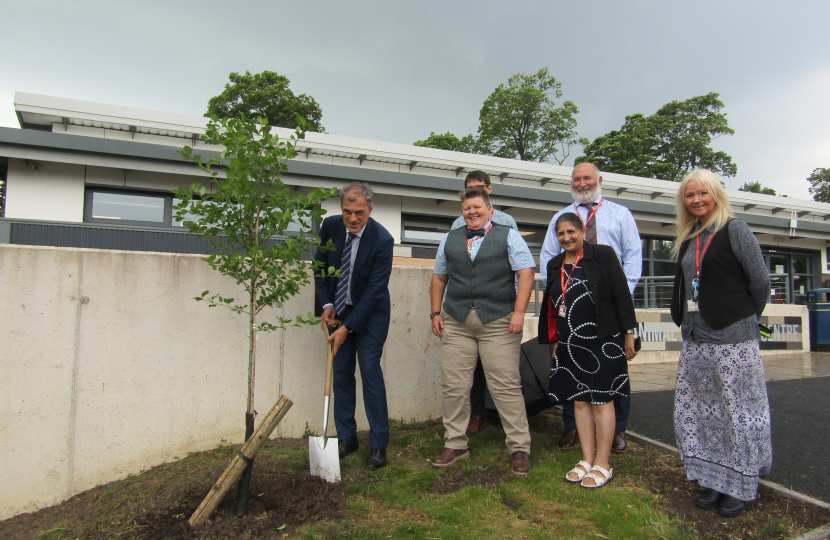 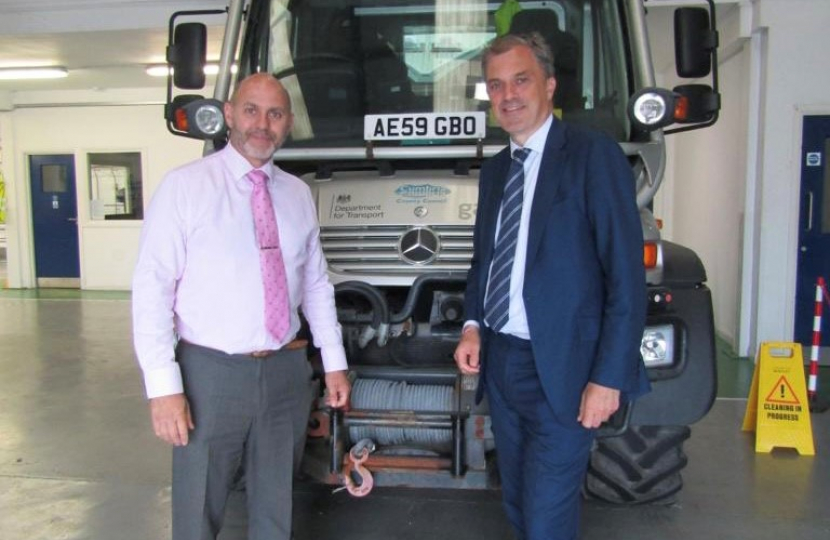 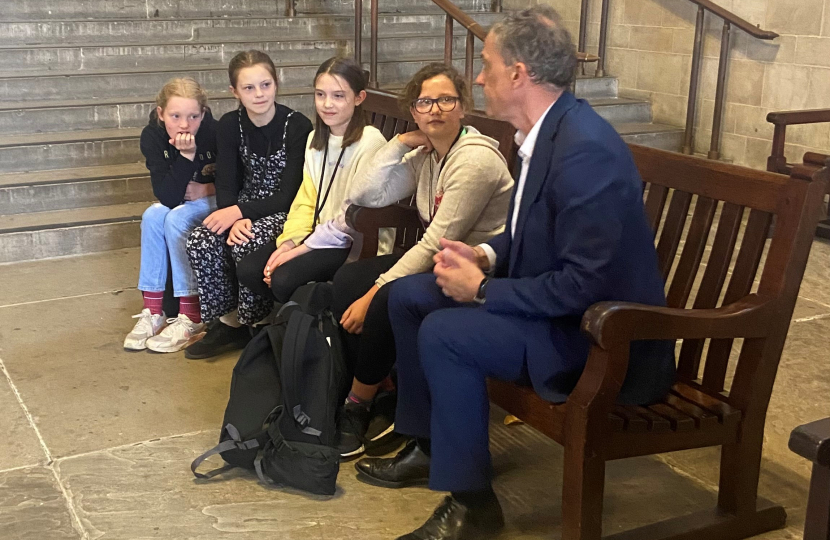 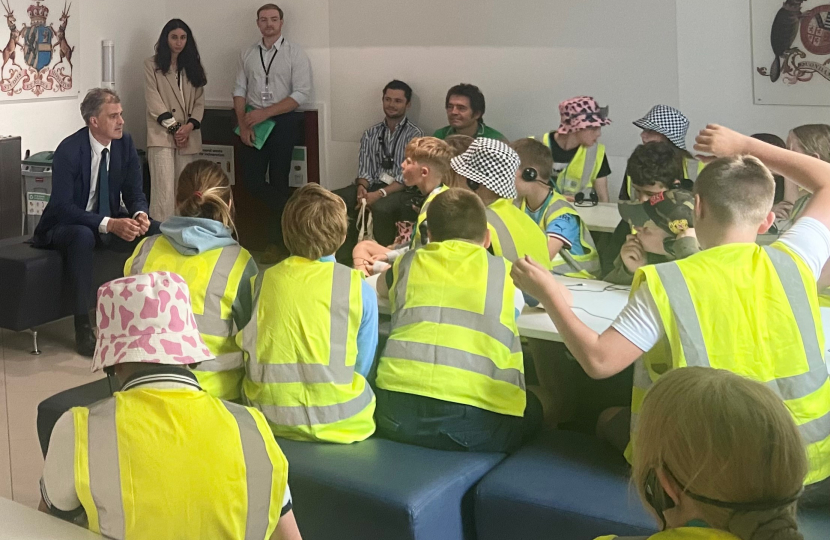 June saw the celebration of the Queen’s Platinum Jubilee. Julian attended a number of services to mark this, including the North Yorkshire Civic Jubilee Celebration Service at Ripon Cathedral, the St Paul’s Cathedral Service of Thanksgiving, and the Service of Celebration at the Holy Trinity Church in Skipton, along with the street party on Skipton High Street.

Julian visited Craven College to catch-up with Principal Lindsey Johnson along with the College’s management team. Julian helped plant a tree at the College site for the Queen's Green Canopy – part of a wider tree-planting initiative to mark Her Majesty the Queen's Platinum Jubilee – and to help with the College’s plan to become a carbon neutral site. Julian was glad to hear about how Craven College has bounced back from the pandemic and about their plans for the future, such as the introduction of T-Level courses which are starting in September 2022.

Hosted in Parliament, Julian attended the National Final of the Big Ideas Competition 2022, supporting the finalists Carbon Vac from Settle College who presented an interesting project on using drones to remove carbon dioxide from the environment. Julian was impressed by their use of 3D printing to produce the prototype.

In Skipton, Julian visited Gaist and met with the CEO Steve Birdsall along with his team. Gaist is a local highway infrastructure surveying company that uses artificial intelligence to assess the safety of roads. Julian was interested to hear about how the business has been developing through the use of new technologies and their plans for the future.

Across the month, Julian held a number of Q&As with primary schools from the constituency. Julian met in Westminster Hall with Year 6 from Austwick Primary School after their tour of the Houses of Parliament. The class had really interesting questions on the NHS and life as an MP. The Year 6 class from Settle Primary School spoke to Julian at the education centre, and they shared their school project on climate change and asked Julian lots of questions about being an MP. Online, Julian enjoyed a discussion with the children of Markington Primary School and Roecliffe Church of England Primary, who asked about a range of social issues, and how the Government plans to tackle them.

Julian continues to hold surgeries on a regular basis and has held surgeries in both Skipton, Ripon and via the telephone this month. To book a surgery appointment please email or call the office, including the details of the matters you wish to raise.

Recently, Julian met with Dean John Dobson of Ripon Cathedral to discuss the Cathedral’s plans for the future.