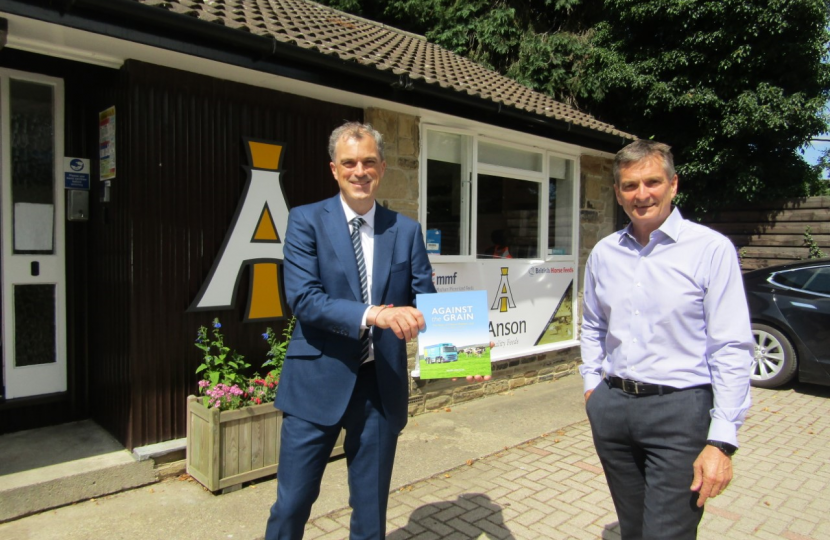 Last week, Julian visited I'Anson Brothers Ltd, a long established family-run firm which has been serving farmers since 1900. The company is based in Masham and makes high-quality animal feed. Julian spoke to Chris l'Anson, Chairman and Managing Director, and together they discussed how business has been and the company’s exciting expansion plans.

Later on Julian stopped by Grantley Hall, a luxury hotel and wellness retreat, and caught up with Andrew McPherson, the General Manager, and Shaun Rankin, the Michelin-starred chef. Julian was shown around the hotel and was pleased to hear how busy the hotel has been.

Julian Smith said, ‘It was great to visit l'Ansons Brothers and Grantley Hall to see how business has been coming along. While visiting l'Ansons Brothers, I was pleased to hear about the expansion plans which will help to create new jobs and boost our local economy. Meanwhile, Grantley Hall is set to have a busy rest of summer ahead. I wish both businesses every success for the future'.

Last week, Julian visited The Skipton Academy for their grand opening. The Academy's multi-million pound renovation and refurbishment project was completed on Friday- Julian visited to celebrate the handover of buildings and cut the ribbon to officially open them.