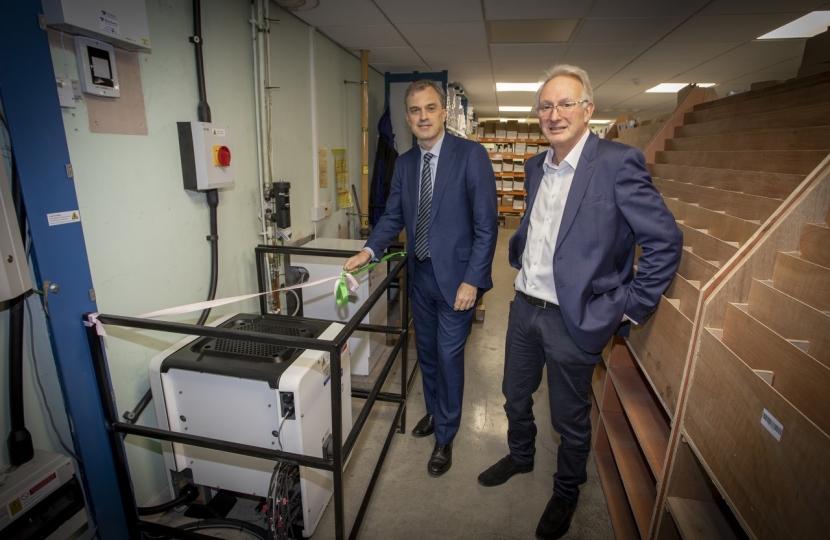 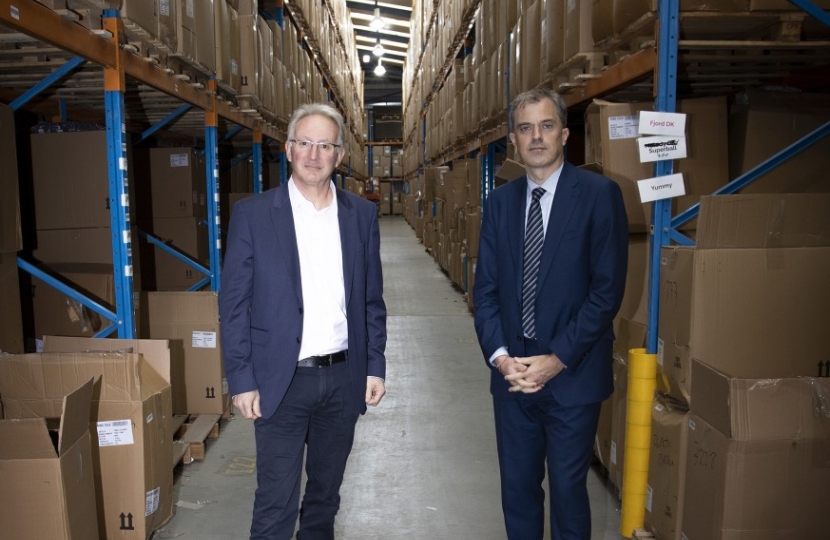 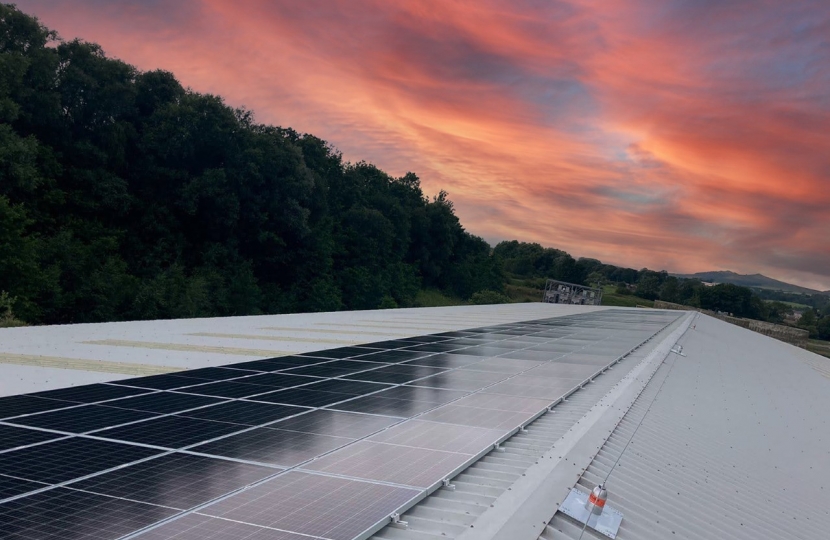 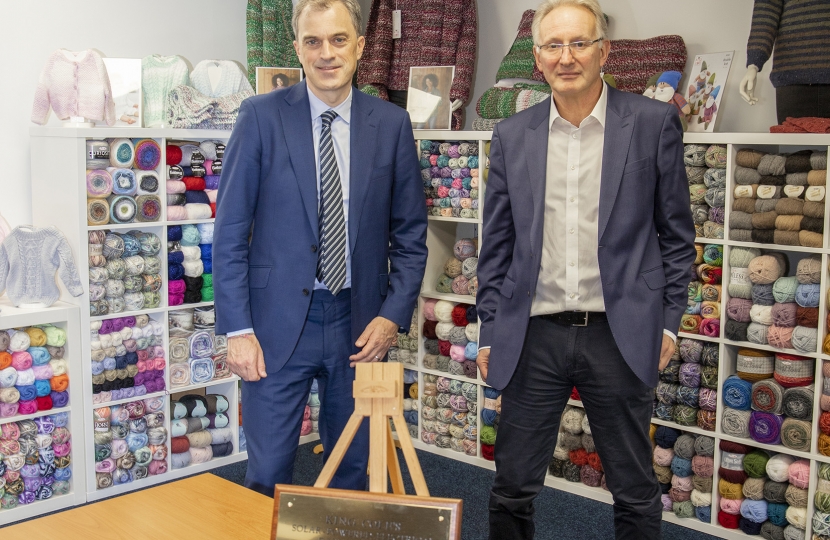 Julian visited King Cole in Skipton, which is a leading knitting wool and wholesale supplier of knitting patterns and high-quality wool and yarns.

On the visit, Julian officially opened King Cole’s Self-Sustaining Solar Powered System. The new system was supplied and installed by Craven Energies, which is also based in Skipton and offers a range of renewable services, including energy audits, energy-efficient lighting and solar pv panels.

King Cole now produces enough of its own power to run the entire office and warehouse during daylight hours. It is understood that they are also exploring the possibility of installing onsite batteries which would store surplus energy and could be used during non-daylight hours. This technology is not currently widely available, but it is expected to be in the next year or two.

King Cole has also installed an electric vehicle charging station in the car park. The charging station is open to the general public and, when used during daylight hours, is powered entirely by the surplus energy produced by the solar panels.

Julian said, 'It is great that King Cole have taken steps to become more sustainable and have worked with another local business, Craven Energies, on the installation of the system. Many businesses and households here in Craven have been taking the initiative to protect the environment and to reduce their carbon footprints. Local collaboration is key and I congratulate King Cole on their very commendable initiative.'