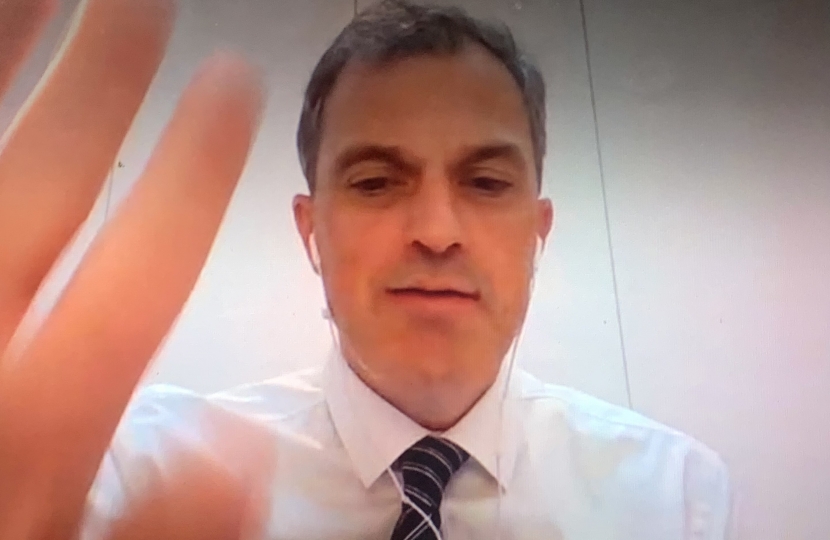 Julian enjoyed speaking to Kirkby Malzeard Primary School, he noted that the pupils were politically aware and engaged in their Introduction to Parliament Workshop. They asked what Julian thought about lowering the voting age to 16, the majority of the students believed that this would be a good idea.

The pupils also asked what Julian liked about being an MP, whether children will be given the Covid-19 vaccine, the impact of Covid-19 and if it had affected his ability to speak to constituents. Julian told them it hadn’t stopped him speaking to people, but it did mean that many surgeries were conducted by telephone and meetings had moved online, including their session with the Education Centre which is currently closed for visits.

Julian Smith said 'Hopefully, they will be able to visit Parliament again soon. We also spoke about what inspired me to become an MP and I told them I had been interested in politics from an early age. With so much interest in politics in the classroom, there could be a future politician amongst them'.

Last week Julian stopped by the Devonshire Arms Hotel and Spa which is situated on the Bolton Abbey Estate for lunch and a walk around the gardens.