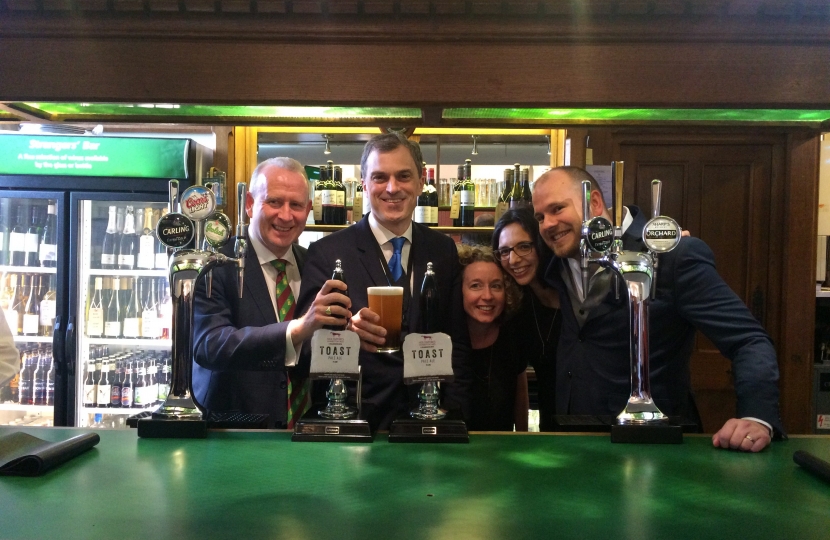 Julian Smith MP met the team from Toast Ale at the MPs’ bar in Parliament with Graham Evans MP, the chair of the All-Party Parliamentary Beer Group.

Toast Ale were nominated by a number of MPs to have their beer on tap in Strangers’ Bar because of their philanthropic work. A firkin (72 pints) of their Pale Ale was on sale at the bar for a week. The beer itself is brewed by Hambleton Ales, who are based in Melmerby, North Yorkshire.

Toast Ale is brewed with fresh, surplus bread that would otherwise be wasted and all profits go to the charity Feedback to support the fight against food waste. There is around one slice of surplus bread in each pint.

Julian Smith MP said: ‘I was very impressed by what the team from Toast Ale are doing to fight food waste. It is great to be able to support a fantastic charitable project like this and to also support one of our local brewers, Hambleton Ales.’

Charities and voluntary groups do hugely important work supporting people and communities across the constituency. They have been a wonderful support to so many constituents during the pandemic we face.