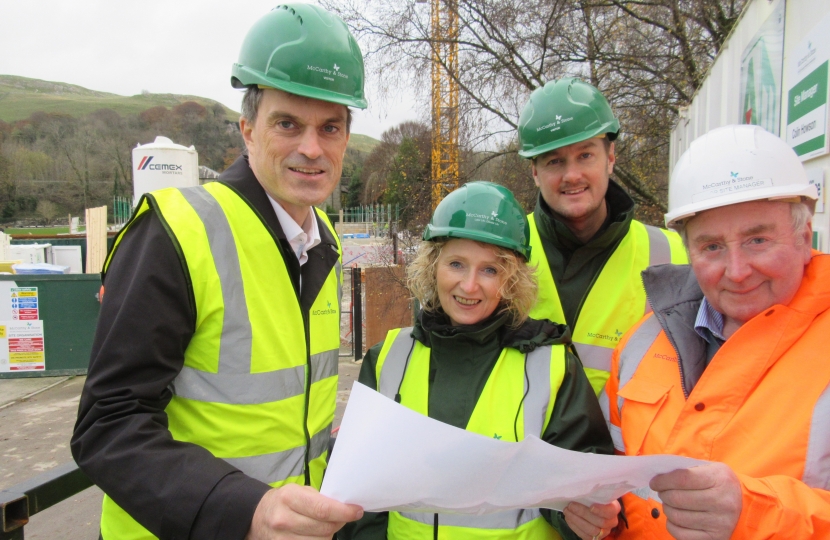 Julian took part in a special ground breaking ceremony which marked the start of the new construction. He also met with the site manager, received a tour and was shown site plans. Mccarthy & Stone are a specialist retirement housebuilder operating in the North East.

Julian Smith said: ‘It was a pleasure to mark the start of construction at the new McCarthy & Stone Wickets site in Settle. I was interested to see the site plans and I look forward to seeing the end result.’

Charities and voluntary groups do hugely important work supporting people and communities across the constituency. They have been a wonderful support to so many constituents during the pandemic we face.

During these tough times, I will keep doing everything I can to support businesses across the community and support economic growth along with job creation. I am eager to ensure that local business and employment can recover from the impact the Coronavirus has had on the economy.