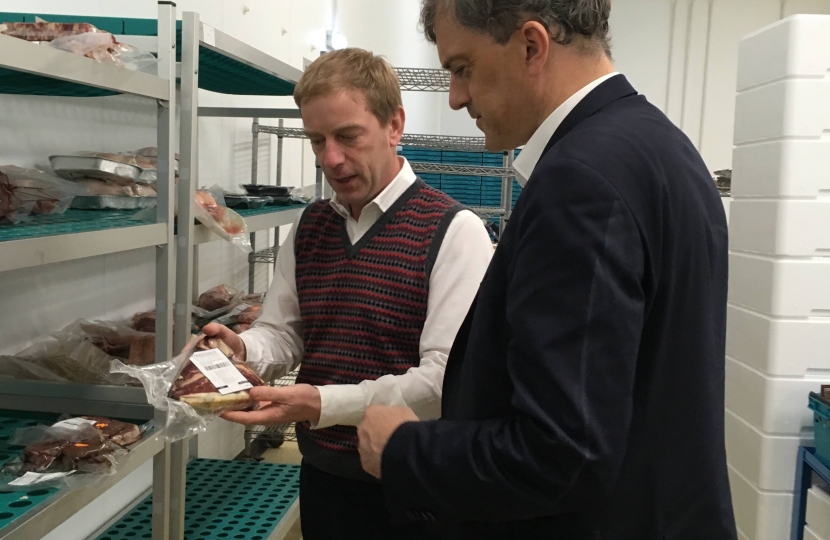 Julian Smith MP visited Farmison & Co’s and received a tour of the new premises, a 50 thousand square foot site in Bondgate Green. The site is a new, state of the art facility, featuring a butchery academy, maturation rooms and a reference library of books about meat and butchery.

Julian Smith met with John Pallagi, the Managing Director, and discussed with him the business’ plans for the future, and in particular their aim to expand into the Indian market, seizing on the opportunity presented by future trade deals once the UK has left the EU.

Julian Smith said, ‘I was delighted to visit Farmison, and to receive a tour of their fantastic new premises. It is great to see the business investing in Ripon and having such success.’

Leading the efforts to bring the Tour de France to Yorkshire is just one example of work I have done over the past seven years to boost our economy so that businesses can grow and create jobs across the constituency. It is important these efforts continue in the months and years ahead.