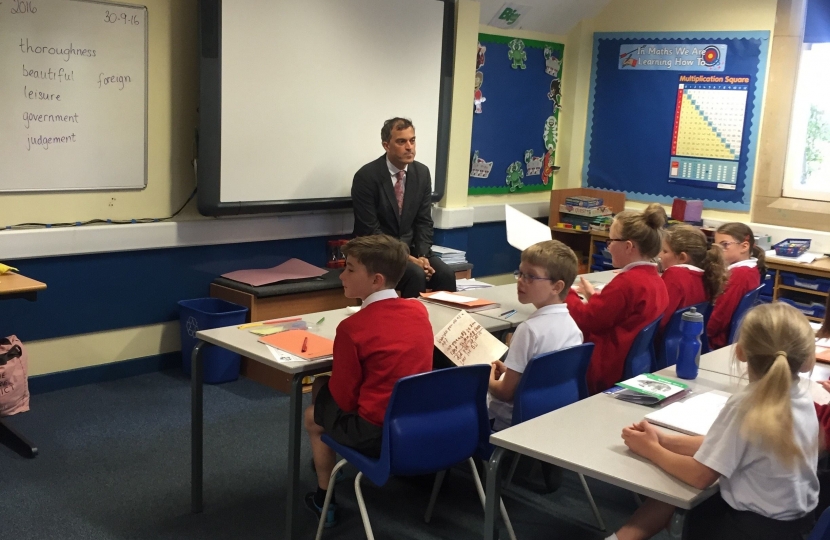 Julian Smith MP visited Baldersby St James Church of England Primary School to see the students’ garden and speak to them about his work as their MP. Mr Smith was shown around the school garden by the students in the gardening club who also described some of their healthy lifestyle activities and projects. Julian Smith then spoke to the students in years 5 and 6, telling them about his work as an MP, Government Whip and Vice-Chamberlain to the Household, before ending his visit with a Q&A session.

Julian Smith MP said: “It was fantastic to see how dedicated the children were in looking after their garden and it is clear that they are really getting involved in this work. I was very impressed by the number of clever and focused questions that the children asked of me.”