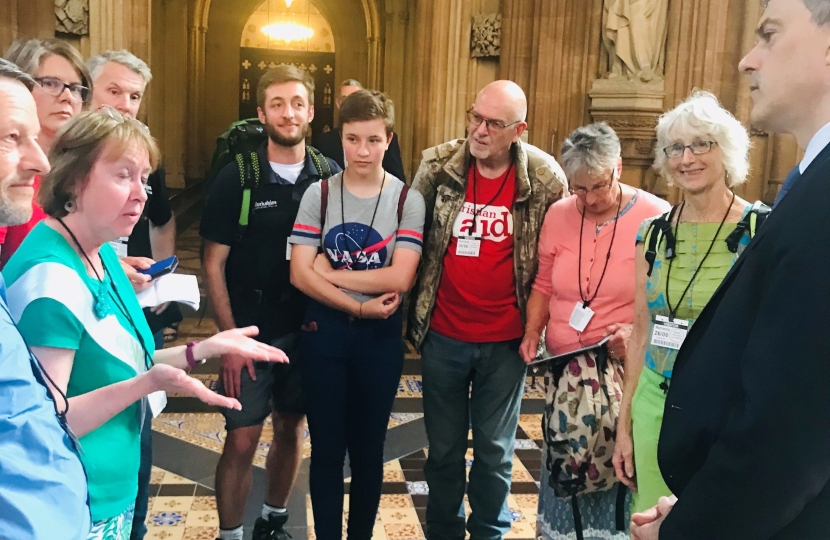 Julian Smith MP met with constituents on Wednesday as part of ‘The Time Is Now’ mass lobby in Westminster.

Constituents representing a number of groups, including the Yorkshire Wildlife Trust, National Trust Yorkshire, Malham Tarn Field Centre, the Yorkshire Peat Partnership and others had travelled from Yorkshire to London in order to speak to their MP about their concerns about climate change.

Julian Smith heard representations on a number of issues, ranging from fracking to plastic pollution to biodiversity.

The Time is Now mass lobby was the biggest of its kind in Westminster’s history. Organised by The Climate Coalition and Greener UK, two coalitions combining more than 130 organisations including groups such as National Trust, WWF and the WI, it brought together thousands of people, united by a desire to see ambitious action for climate, nature and people.

Julian Smith MP said, ‘It was great to speak to so many constituents at the lobby. Thank you to all who travelled down for the constructive approach you took to our discussion.’

Skipton and Ripon is a rural area and I support investment in healthy, sustainable British food production, that is better for both the environment and animal welfare.