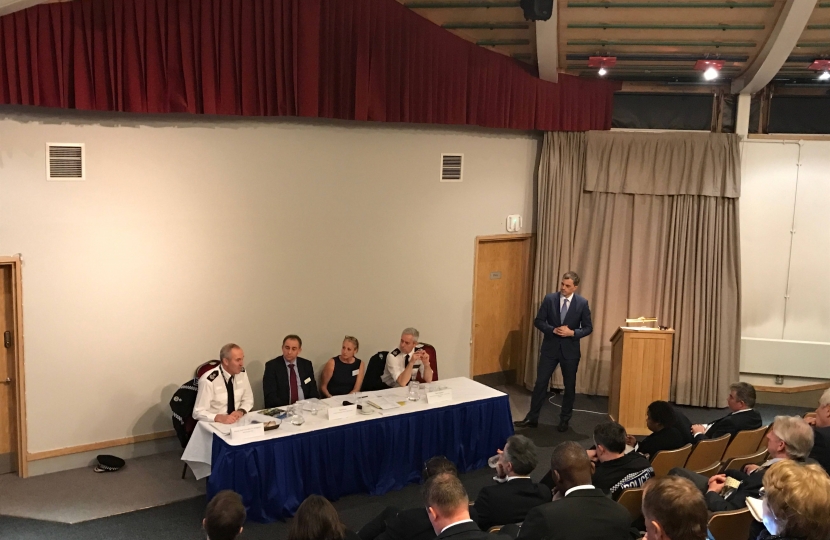 Julian Smith MP held a summit this afternoon at Fountains Abbey, near Ripon, where representatives from the Police, Fire and Emergency Services came together to discuss increased collaboration in North Yorkshire together with the Minister of State for Policing and the Fire Service, Brandon Lewis MP. Mr Smith opened the event before handing over to the Minister, who spoke about the Government’s vision for improving the emergency services and took questions from the audience on a wide range of issues.

The event drew to a close with Angus Fire Ltd, a company based in Bentham, putting on a display of their new firefighting technology.

Julian Smith MP said: ‘I want to thank everyone who attended today’s summit for engaging in such constructive dialogue on this vital issue – the future of our fantastic emergency services.

‘The event was a great opportunity to hear from the three services as well as the Minister and provided some very useful insight.’