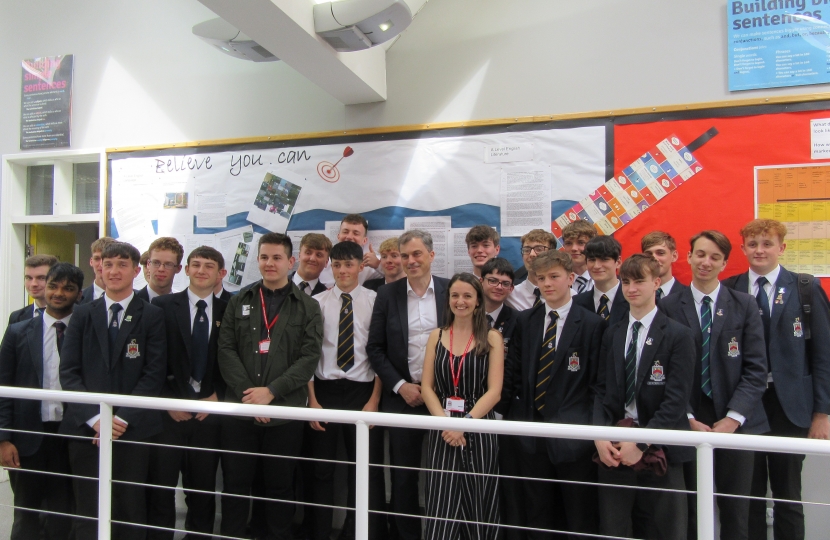 The students discussed various climate change issues which most concerned them, and had prepared presentations on the solutions that most interested them, including carbon capturing, renewable energy and electric cars. The students then engaged Mr Smith in a question and answer session on these issues, as well as his role as MP.

They also heard from Julian Smith on the Government’s ambitious action in tackling climate change, and particularly the 25 Year Plan to improve the Environment, announced in January 2018.

Julian Smith MP said, ‘It was a pleasure to meet with such an interested and engaged group of students and hear their ideas and concerns. I appreciate how great a concern climate change is, and I am pleased to hear students so engaged on this key issue.’

Since first being elected in 2010, I have been committed to ensuring our rural area receives a fair deal in healthcare and education. By 2023-4 the NHS budget is due to increase by £33.9 billion.