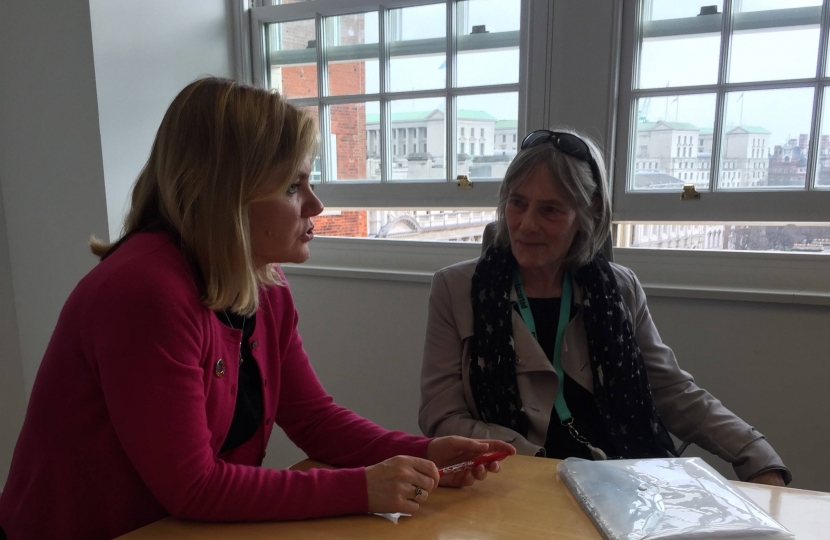 Julian Smith MP was delighted to welcome constituent Maggie Tookey to Parliament this week and introduce her to the Secretary of State for International Development, Justine Greening MP.

Maggie Tookey is a field director with Edinburgh Direct Aid, a charity whose work has taken her to Pakistan, Gaza, the West Bank and Sri Lanka. Most recently she has been working with refugee camps on the Syrian and Lebanon border and also helping refugees in transit across Europe.

The meeting allowed Maggie to update the Secretary of State directly on the charity and on issues she sees in the areas of education and work training from her many visits to refugee camps in Lebanon.

Julian Smith said: ‘Maggie Tookey is an inspirational woman who has regularly put her own safety at risk in order to help some of the most vulnerable people in the world and ensure that they are given basic food and resources.  It was an honour to introduce her to Justine Greening who leads the Government effort on aid development for Syria and around the world as Secretary of State for International Development.’