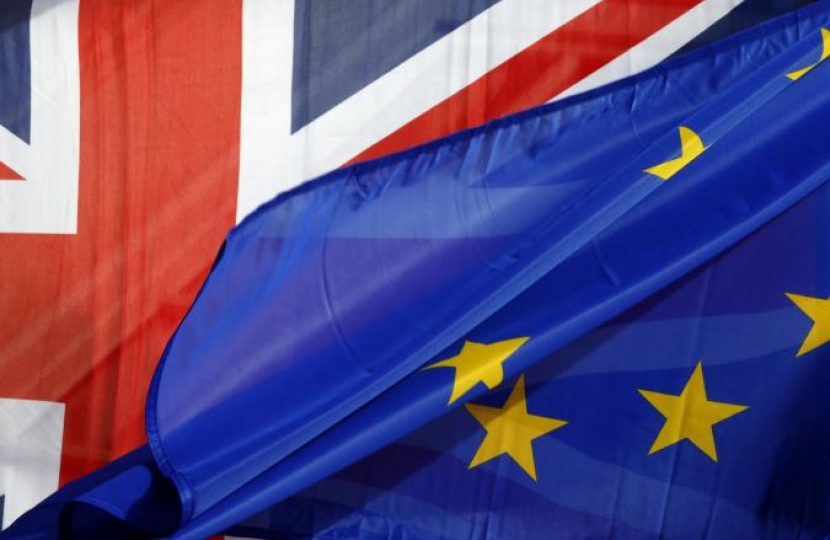 Julian Smith MP has joined business leaders across the country in backing the campaign to remain in a reformed European Union.

The Bank of England, the IMF, and a whole host of other independent experts have predicted that a vote to leave could cause an economic shock for the UK – and small businesses and the jobs they create would be the worst affected.

Surveys also show that small businesses are more likely to back remain, with more than 80% wanting to see Britain remaining in the EU.

The UK’s membership of the EU means businesses can access the single market of more than 500 million customers, and many small businesses are part of the supply chains of larger companies that export to Europe.

Julian Smith MP said: ‘We have the best of both worlds being part of the EU and we should not take any risks with our economic security.  Leaving the EU would be a leap into the dark and is a risk that I don’t think we should take for our country.

‘As someone who grew a small business, I am clear that being part of the EU gives us the best economic and trading opportunities.  Across the UK, 116,000 small businesses export services to the EU, and 2 million jobs are either directly or indirectly linked to these exports.

‘Rather than risking our economy with a vote to leave, we should be building on these European markets, making the most of the free trade deals the EU has in place around the world, and continuing to benefit from the cheaper supply chains in place across Europe.’

·         116,000 small businesses export services to the EU – and 2 million jobs are either directly or indirectly linked to these exports.

·         A collection of 18 business surveys found that 81 per cent of small businesses back remaining in Europe, with just 19 per cent wanting to leave.

·         Small businesses also benefit from cheaper supply chains: only 41 per cent of the value chain of a car manufactured in the UK actually comes from the UK – the rest are imported.

·         The EU has free trade deals with over 50 countries around the world – markets which small businesses have access to sell and buy from.

·         The EU is now committed to improve access to finance for small businesses and simplify regulations – including specific targets to cut bureaucracy and reduce red tape.