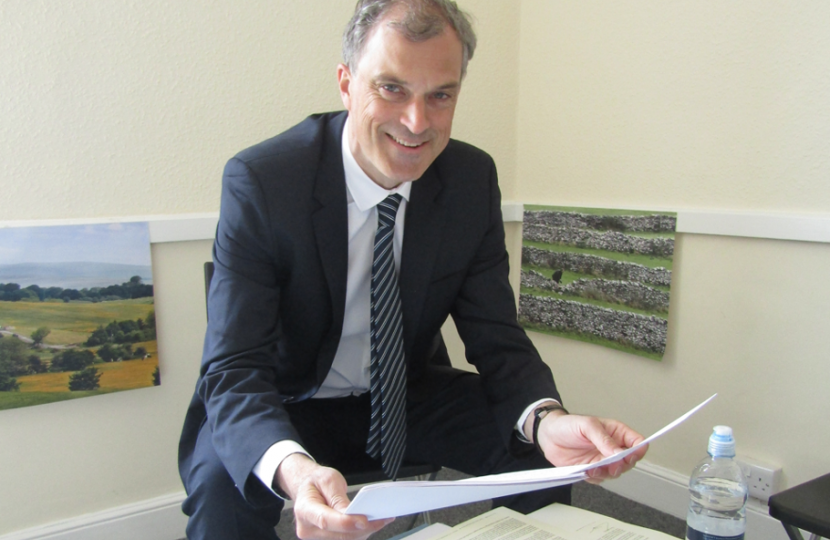 Julian recently received over 30 letters from pupils at Water Street Primary School in Skipton about littering and dog fouling and its effect on tourism, wildlife and future generations.

Yesterday, Julian spoke to the students online as part of a UK Parliament School workshop.

Julian Smith said 'I was extremely impressed with their writing, and concern for the local community. They asked many questions and I asked them about how they would tackle the issue of littering and dog fouling. In response they told me they would put up more posters and signs. It is brilliant that the pupils are so concerned about the environment, they plan to write to the local council and I have offered to join them on a litter picking session.'