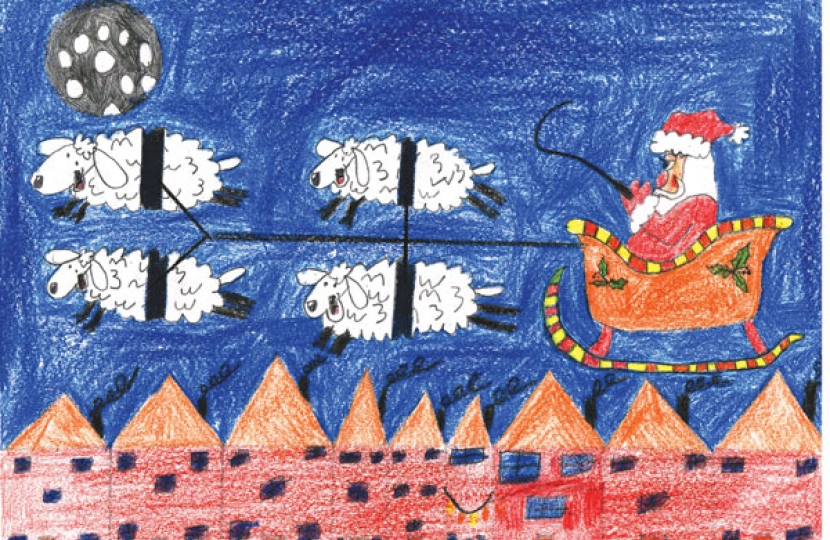 Julian has announced the winner of his 2014 Christmas Card Competition.

Ten-year old Matthew Garth, from Giggleswick Primary School, designed the entry which was chosen by the MP to go on the front of his card. The colourful design features Santa on his sleigh but being pulled by sheep rather than reindeer.

The Christmas Card, paid for personally by the MP, will be sent to people across the constituency, at Westminster and Downing Street.

Hundreds of entries were received and along with Matthew’s winning design, three runners-up were chosen and are featured on the inside of the card.

“Every year the standard of entries for my Christmas Card competition increases and Matthew’s colourful, and clever, design stood out for me as perfect for my 2014 card. I want to thank all the pupils and schools who took part in the competition.”